The Birth of Rabie Baby


According to the renowned idiot, Mary Cummins, Amanda Lollar of Bat World Sanctuary gave birth to rabie baby when the illustrious Ms. Lollar was a mere 13 years of age.  It was a hard struggle for Lollar, being raised by wolves but they taught her well as the pack dragged her to school to graduate the 8th grade (the sum of Lollar's education, according to Mary Cummins).  Here is Mary Cummins post on the alleged child. 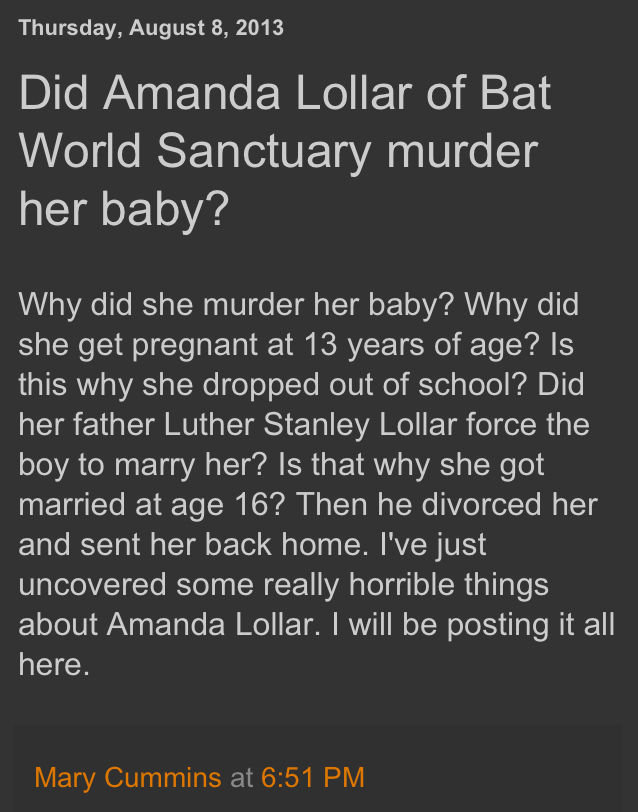 Good grief, just when you think Dumbin’ Cummins has sunk to the lowest depths she can possibly reach, Mary Cummins demented, warped mind not only surprises us but provides us with hours of belly laughs!  Mary Cummins ridiculous claims that Lollar was forced into a shotgun wedding 3 years after giving birth to rabie baby leaves one with their mouth agape.  Perhaps Mary Cummins’ next story will be that Ms. Lollar works with bats to cover her tracks as the baby lies buried deep beneath the guano trails of the wild sanctuary that Lollar created, or that Lollar is possessed by voodoo and the rabie baby was made into a voodoo doll. 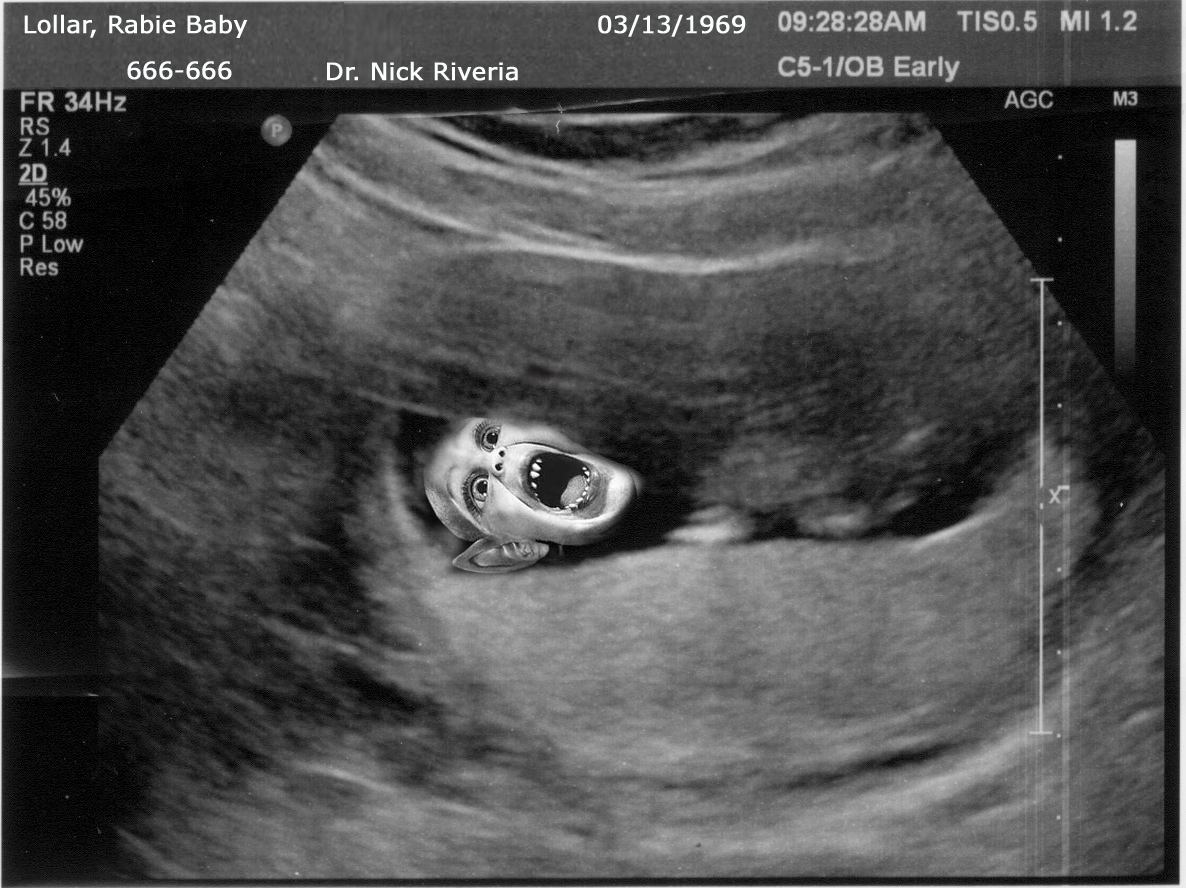 LATE BREAKING NEWS!!!!  UPDATE:  Rabie baby is alive and well!  Although he was last spotted in a New York subway in 2006, he is now actively involved in musicals across the U.S. 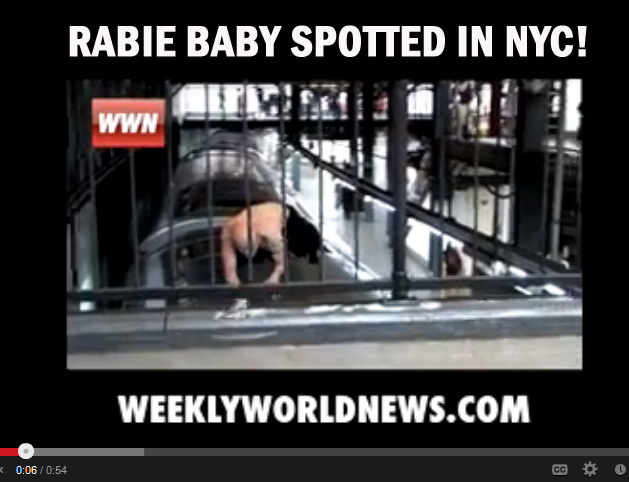